Since the foundation of the Order of the Swan and the team’s return from Jerusalem, the situation on the planet has been degenerating rapidly. Global warming has paradoxically triggered a new Ice Age in Europe. A mysterious epidemic has wiped out 20% of the world’s population. Politically, governments have, one by one, turned into paranoid dictatorships with fundamentalist and xenophobic overtones. Internal revolutions and local wars are breaking out everywhere. It’s as if the “God gene” had suddenly been activated, collectively driving humanity insane.

Meanwhile, a new dark power has risen in Rome, the same one that has attracted Lucy. A new Pope is chosen and the Catholic Church turns into a force of darkness. He is mysteriously referred to as the “King in Purple”, “His Dark Eminence” or the “Leper Father”. He preaches a false message of love, but in reality transforms the Church into a machine for suffering and abuse. Terrorized by what’s happening throughout the world, people flock to this new message of false hope and join by the millions. The King in Purple introduces a new divinity which overlaps and then replaces Jesus: the Machine Messiah. He is described as the “Great Healer” or the “Mindless” and is, apparently, the main source of electricity and power now that most energy sources have been depleted, including nuclear reactors. Everything radiates from him. He is shown very rarely in highly sacred private ceremonies, and stories abound about the horrors and consequences of seeing him, although no one is sure about his true nature.

Little by little, the nations of the world crumble to dust and Europe in particular is left without authority or structure. Eventually, two zones emerge: Austrasia in the east, where the forces of darkness and fanatical religion have gathered under the rule of the King in Purple, and Neustria which comprises mostly France, where the forces of light, rationalism and hope now live under constant threat from Austrasia. A new provisional government is established in Paris under the supervision of the Order of the Swan. At this point, mass migrations begin, as religious fanatics slowly move towards central and eastern Europe to be closer to the King in Purple, while those who have kept some kind of rationality go west towards France. 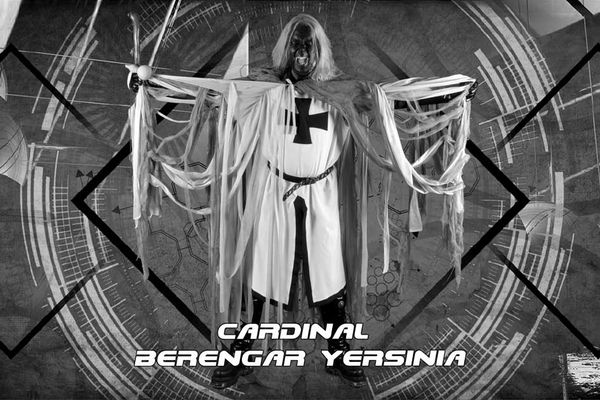